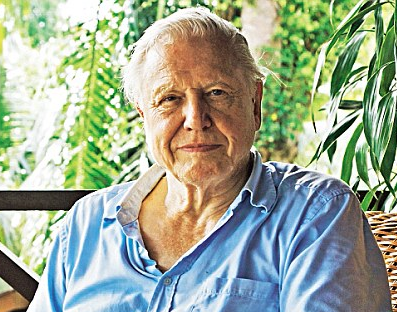 Sir David Attenborough has described mankind as a 'plague on the Earth' and issued a stark warning that the world must limit population growth. The 86-year-old presenter bleakly predicted that if humans do not curb burgeoning populations then nature will do it for us. Sir David, who is a patron of the Population Matters organization which calls for smaller family sizes, made his comments while speaking to the Radio Times about his latest series for the Eden channel.

He said: 'We are a plague on the Earth, it's coming home to roost over the next 50 years or so. 'It's not just climate change; it's sheer space, places to grow food for this enormous horde. 'Either we limit our population growth or the natural world will do it for us, and the natural world is doing it for us right now.'

The original article in the Daily Mail can be seen here.

Here is the link to the Population Matters organization http://www.populationmatters.org/

A quotation from Albert Einstein can be seen on an older overpopulation blog here.