ART IN THE SERVICE OF THE WOMB 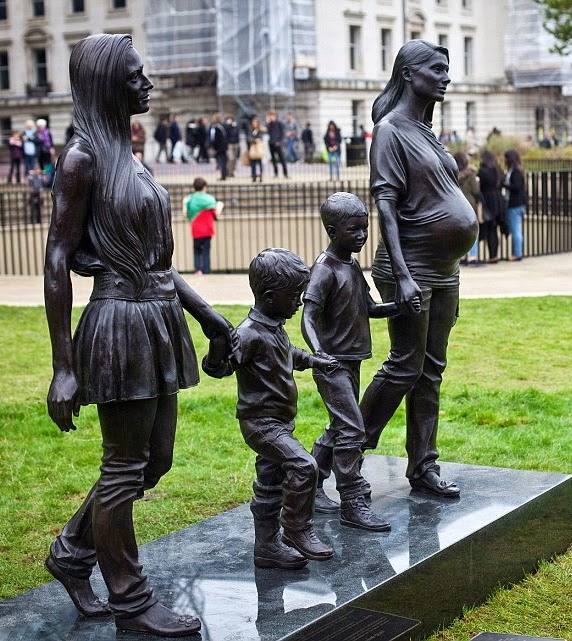 This rather grotesque but almost unbelievably smug piece of sculpture has recently appeared in densely populated Birmingham opposite the city's monstrosity of a new central library building. The sculpture is supposed to represent ‘the family.’ There is no father in the group and the male element is presented as two little boys, clear evidence—if more evidence were needed—of the dominance of women in society today. Passers-by now have something to look up to, namely, a bronze group apparently lauding single motherhood. Another interpretation might be that men are slightly more aware of the world population problem and although most men can’t find any meaning in life without a woman, it is just possible that they might feel a passing twinge of guilt at adding to humanity’s misery. A suspicion of that attitude would certainly result in their being omitted from this no-limits reproduction sculpture. Women on the other hand, feel no such guilt and any woman worth her womb is eager to get pregnant. Who else, asks Dickie Cunningham, could have made this dreadful art piece but a woman?