BOO-HOO! NO FAME FOR OVERPOPULATION TODAY!

Unlike most, if not all, web pages, this little Blog does not seek fame. To be loved, admired and cherished like a celebrity star must be so wonderful and exciting but this poor Blog, being only of common stock, is fully aware that its likeliest fate is to be ignored, briefly glanced over and dismissed with contempt, much as a browsing animal might do with something inedible. No-one ever leaves it an appreciative comment or makes a gesture of friendship or solidarity. This lonely Blog is therefore doomed to soldier on with its mission impossible: to suggest that the human world would be so much better off if numbers were to be peaceably reduced, instead of leaving it up to violence and disease to do the job. Regarding the latter catastrophe, it is well known that many varieties of virus and bacterium are even now working on the problem of human overpopulation and are planning to do something BIG very soon. 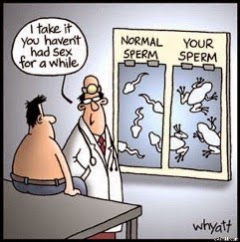 Those who are in positions where they might be able to make a difference—i.e., make public acknowledgement—apparently do not seriously consider this, mankind's foremost problem of overpopulation, therefore no solution is able to present itself. It is presumably felt that nothing practical can be done, aside from rewarding motherhood with extra benefits, and that humanity must go forward unchanged, towards the fate it so obviously deserves.