JACK PARSONS, OVERPOPULATION AND THE IGNORANCE OF THE BBC 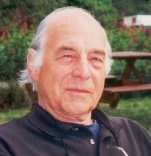 
From the early 1960's to 2006, Mr Jack Parsons devoted his career to research into overpopulation and the absolute refusal on the part of society at large to take responsibility for the physical and psychological consequences of the present policy of unlimited reproduction. Yes, it is actually a policy! After all, this is democracy, government by argument, so what can you do? Argument is all too often an activity in which an intelligent proposition is simply obliterated by the opposition, which is committed to disagreement.

Finding it difficult to get his research published, Mr Parsons founded The Population Policy Press. His last book is entitled 'The Treason of the BBC', in which he chronicles his exhaustive attempts over forty years to get the BBC to give air time to the subjects of population pressures, overcrowding, control and personal responsibility in our democratic society. His writing is coherent, closely argued, pragmatic and engaging—but the BBC stonewalled every approach he made.

Tune into the BBC audio and discover how it gives endless time to trivial chat, smug domesticity, silly gossip and the extraordinary and equally stupid assumption of female superiority. Just listen to the harsh confidence of so many of the female voices on the BBC, as compared with the near-apologetic tones of most of the men! (Muslim fanatics in Syria/Iraq and elsewhere are busy reacting to that, with ghastly results). As for television, readers are hereby advised not to watch it at all.

Unfortunately, the BBC is committed to play to the mass mind, a steadily deteriorating quality for which it is partly to blame, so it is futile to look for responsibility there.

In an example from his book The Treason of the BBC, Mr Parsons writes:

"For many years there has been a lot of opposition to open discussion of the perennial problems of balancing numbers and resources against each other to provide a decent quality of life for all. Nonetheless, for some years the media—including the BBC—did from time to time provide a platform for quite searching articles and programs on the topic.

"...[Elsewhere] I have labelled this major national turnaround 'The Great Sex-Population Volte Face,' drawing attention to the complete reversal of our original attitudes two or three decades back.

That is, of course, putting it mildly.

This Blog is a Public Service. This means that it has taken it upon itself to raise vitally important matters, on behalf of the public, that at the present time are more or less completely suppressed.