A STEP CLOSER TO CIVIL WAR IN BRITAIN AND IN EUROPE

With reference to our previous post, it appears that the arrogant foreign students at Oriel College have not been able to force their will on the Principal or whoever decides on policy there. Architectural features of historical value are to remain in place and not be removed to Britain's secret warehouse of patriotic shame. Another nano-victory for the host country!

Meanwhile, police forces in West Yorkshire and Bedfordshire have been pulling out all the stops to thwart peaceful demonstrations by members of the patriotic group Britain First. Similar actions by other police forces in Europe have been taking place. In doing this, they show a distinct preference to protect the Muslim minority from criticism. As Britain First reports: "The police are supposed to be impartial but they are increasingly acting as the enforcement arm of Muslim sensitivities." Whilst it is of course true that really intelligent people would not be able to join the police*, the latter should have the nous to know that by suppressing lawful objection to a gradual Islamic takeover of this Country they are going to be responsible for the creation of an underground movement which will eventually grow beyond their ability to control it. This is the beginning of the war to save Britain from (2) Islamic control and (3) uncontrolled immigration, a fact which is being totally ignored by Britain's weak, confused leaders and decision makers. No wonder they are weak and confused! They have by their ignorance and indecision allowed a serious situation to develop under their noses, one which will take Britain into chaos. 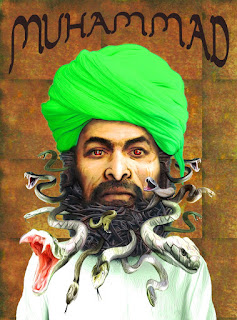 The only solution to problem #2 is to go for the head of the snake and ban Islam in Britain; remove mosques; give adherents the choice of staying, learning the language we speak and supporting democratic government—or leaving this Country.

Problem #3 needs firm decisions and brisk organisation to control immigration, preceded by or together with a comprehensive public information campaign. This would probably require a government of national unity or salvation to be in place, because democracy is reaching the limit of its usefulness to mankind as its moral dilemmas put obstacles into the path of wise and firm decision making and open the gates to all kinds of destructive influences from abroad. 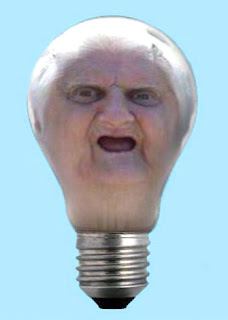 The Firm, Wise Government of Great Britain and Northern Ireland

It looks very much as if the present government and indeed political system of Britain can no longer cope and that the country is running on an obsolescent system of order. No doubt the silent majority will continue to grumble in their fitted kitchens while their national identity is allowed by default to fall prey to alien forces.

Problem #1 is, as most readers will have intuited, overpopulation.

Thank you for your time and attention.

*IQ tests mistake speed and accuracy of reaction to stimuli for intelligence, thus limiting intelligence to the human reliance on and obsession with measurement and numeracy.

On the subject of policing in Britain, we think it germane to post some small excerpts from the Mail on Sunday blog of Peter Hitchens—

"The police are too powerful. They are also too feeble. Unless we put both these things right very soon, this will become a very dangerous country.

"We are all less free than we used to be. We have to be careful what we say, especially if we work in the public sector. We are under constant surveillance, from CCTV cameras, and thanks to snoopers who monitor our calls and internet use. If, for some reason, the authorities take against us we can be plunged, in an instant, into an unexpected underworld of highly publicised suspicion that can last for years and ruin us with legal fees, even if at the end they sullenly drop the charges. Nobody is safe from this. If a field marshal in his 90s can be raided at home by 20 officers at breakfast time, and subjected to questioning and searches on the basis of the wild fantasies of an unhappy nobody, then so can you. And though the police themselves will insist they have not released your name, don’t be surprised if this Trial By Plod somehow becomes very public, very quickly.

"Years ago, when I first noticed that something had gone badly wrong with the police, readers would write in and chide me for being rude about a force they still trusted. I get very little of that now. Respect for the police has largely disappeared among the law-abiding classes, and seldom survives any actual contact with them. Now I brace myself for apparently organised abuse from police officers themselves. I should warn them that this behaviour only helps to make my point.

"Only a small part of this crime even reaches the courts any more. Much of it is dealt with, if at all, by empty ‘cautions’ and laughable ‘restorative justice’. The police can then concentrate on what really bothers them. Yet when they turn sternly on the middle classes, they act like continental examining magistrates, who assume everyone is guilty before trial (and sometimes even say so) and demand that suspects co-operate in their own prosecution.
They can arrest, noisily and in large numbers and at miserable times of day, to punish people who have never been found guilty of anything. In most cases, these people would have come willingly to an interview. They can seize property vital to people’s livelihoods, and hang on to it for months. They can grant supposed ‘police bail’, so allowing them to keep their chosen victims under suspicion for years.

"When these things mysteriously become public, they can deny responsibility, and who can prove otherwise? This is oppressive, dangerous and scandalous. The treatment of Lord Bramall may be the last warning we get that it has gone too far, and the best chance to turn the police back into the friends of the public, and the enemies of crime and disorder."