THE FEMINISATION OF THE WESTERN WORLD

Coming into being almost unnoticed is the complete feminisation of the Western World, with Europe in the lead and Great Britain in the forefront. Britain has become like an enormous, disgracefully overpopulated and chaotic HOME, run principally by women, with men becoming increasingly marginalised.

Don't worry, folks: Britain is doing its bit, breeding as fast as it can and calling in by default more people from wherever they're being ejected—all with government help and approval.

This country is bulging with disease of every kind, violent crime, murder, terrorism and sexual perversion (now fully accepted as a valid option, with the exception of rape and paedophilia, which incidentally is increasingly popular among men). Racial discrimination is rife, with official preference being given to ethnic minorities at the expense of the majority. When a nation is not at war the feminine tendencies gradually become prominent and Britain is now at the point of womanliness where recruiting into the armed forces now has to allow for sexual orientations other than the traditionally normal, so that the country's defence forces are on course to become a global laughing stock. The unadmitted idea is that Britain is still wealthy enough to buy off an aggressor (or a blackmailing EU), so it doesn't have to worry about having effective armed forces. 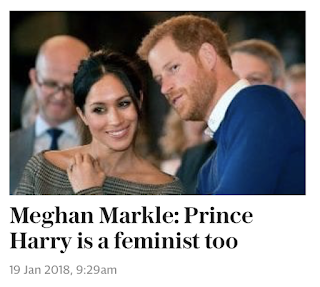 Anyone in Britain who publicly shows a bit of masculine vigour is roundly vilified, because Britain is now a woman's paradise of unlimited reproduction, fussy female management in most spheres of activity and a deteriorating infrastructure. Female politics decree that Muslim increase and infiltration into the country is okay, that returning jihadis must be given preference over the British homeless, that mass immigration must continue even if against the wishes of the passive majority and that criticism of Islam can be prosecuted as a crime; that foreign students at British universities can dictate and successfully argue for their personal and often racially-slanted preferences; that homosexuals may now parade up and down the main streets of the cities with the full and enthusiastic participation of the police (some of whom are themselves 'gay') and that the judicial system may hand down strange, quixotic sentences that plainly show how Britain has turned into more of a moral and intellectual mess than any of us could possibly have imagined. To think that such sacrifices of our best were made in two world wars for THIS!

Does that have any implication for our history and culture?

And what a shock to see the leaders and deciders in session in the House of Commons! What a dreary lot of dreamy arguers they are! They seem to represent the worst aspects of the common trends of today. Decidedly not what the country needs. Yet, how did they get there? They were chosen by the apathetic population largely worn out with the stress of living in a collapsing cilvilisation. Exaggeration? No. The enormity of our problem can only be hinted at in a few words like these.

Is it really possible that no-one in this now-benighted land is aware of the degeneration that is taking over in every sphere? Is it possible that there are so very few who risk all to speak up about it in a country where deterioration has fatalistically been accepted as inevitable?

Russian bombers, warships and submarines frequent the seas around Britiain, but what on earth is the point of trying to intimidate a country as already hopeless as this? Well, we do have a couple of really huge aircraft carriers that will make excellent target practice, so perhaps it makes sense to keep an eye on them.

Note that in Russia there is conscription and men are trained to become as nasty and aggressive as possible. There is no room in Russian society for massed female protest marches— with a sprinkling of men in knitted pink hats, such as the one that recently took place in the USA. On the contrary, they constantly prepare for war.

The deep shame of Britain, on the other hand, is clearly discernible beneath the veneer of the round-the-clock partying, hysterical lust and celebrity-worship that passes for modern British culture.

What can be done? Well, the first step towards effective remedy is acknowledgment of the problem in all its fullness—which is so very far from the case at the time of this writing.

_______________
Among the many critical commentaries in circulation that deal with or touch upon the matters outlined above, those shown by 'The Iconoclast' on YouTube are undeniably some of the most true-to-target. A good example is the recent video— Dear President Trump - An Open Letter from a Brit.

Censorship is manifestly on the rise, but those who would suppress the true feelings, insights and contributions of anyone who sees into the state of Britain and makes their voice heard should note that suppression is never the answer, but can eventually bring about catastrophic reaction.